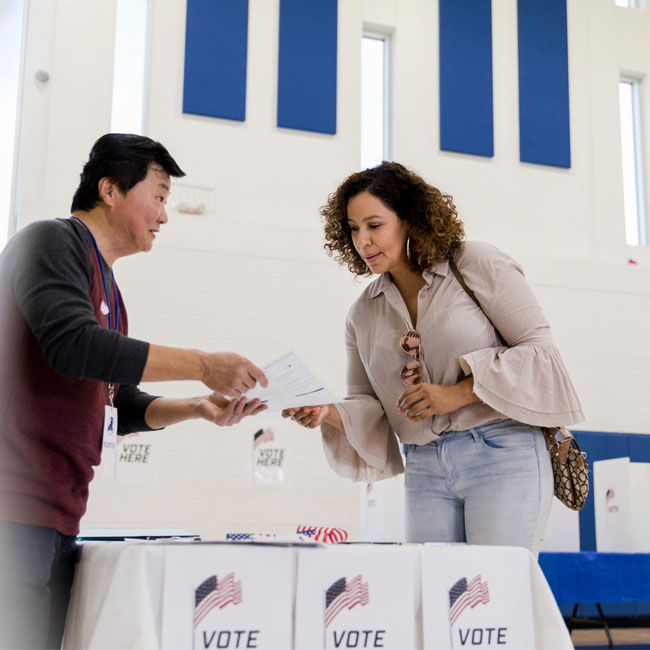 Kansans for Constitutional Freedom used SmartVAN, one of our comprehensive voter file solutions, to organize and execute their voter outreach strategies to protect access to reproductive healthcare in Kansas.

By overturning Roe v. Wade, the United States Supreme Court overruled nearly 50 years of legal precedent and turned the decision of abortion access back to the states. In the state of Kansas, residents were set to vote on the right to an abortion prior to the overturn of Roe v. Wade. But after the Supreme Court issued its decision, Kansas drew national attention as the first state to vote on abortion access. By highlighting government overreach and personal freedom in their messaging, organizing across the state, and channeling anger into action, Kansans for Constitutional Freedom overcame the odds and defeated a proposed anti-abortion constitutional amendment.

Overall impact by the numbers

A poll published a few weeks before the August 2nd primary showed voters were closely divided on the amendment.

Historic turnout of over Kansas Voters

For nearly five decades, anti-abortion activists have been working to overturn Roe v. Wade and thereby remove access to safe and legal abortions. In April 2019, the Kansas Supreme Court ruled that the state’s constitution guarantees the right to “personal autonomy,” including the right to an abortion. After this ruling, lobbyists and special interests pressed for a constitutional amendment in order to remove this right from the state’s constitution. These efforts persisted despite the fact that abortion is a highly regulated medical procedure, as is the case in many other states, as well.

In March 2020, a bipartisan coalition of moderate lawmakers blocked the “Value Them Both” amendment, a proposed amendment to further restrict access to abortions in Kansas. After the 2020 election, the makeup of the legislature changed, and in 2021, anti-abortion politicians voted to approve placing a constitutional amendment on the August 2, 2022 primary ballot. Those Republican politicians intentionally placed it on the primary ballot in anticipation of low turnout from Democrats. Democratic voters had few competitive primaries to vote in, and with nothing on the ballot except the amendment to vote on, Republicans assumed that many unaffiliated voters would stay home.

Around the same time Kansas legislators approved the constitutional amendment to be placed on the ballot, Kansans for Constitutional Freedom formed from a coalition of grassroots organizations. The coalition included many advocacy groups and healthcare organizations that came together to organize for a common cause: to protect Kansans’ constitutional right to make personal healthcare decisions free from government interference. This group would lead the charge against the constitutional amendment on the ballot, which would have allowed for the state legislature to pass a total abortion ban with no exceptions.

Watch an advertisement from Kansans for Constitutional Freedom asking voters to vote NO on the anti-abortion amendment on August 2, 2022. 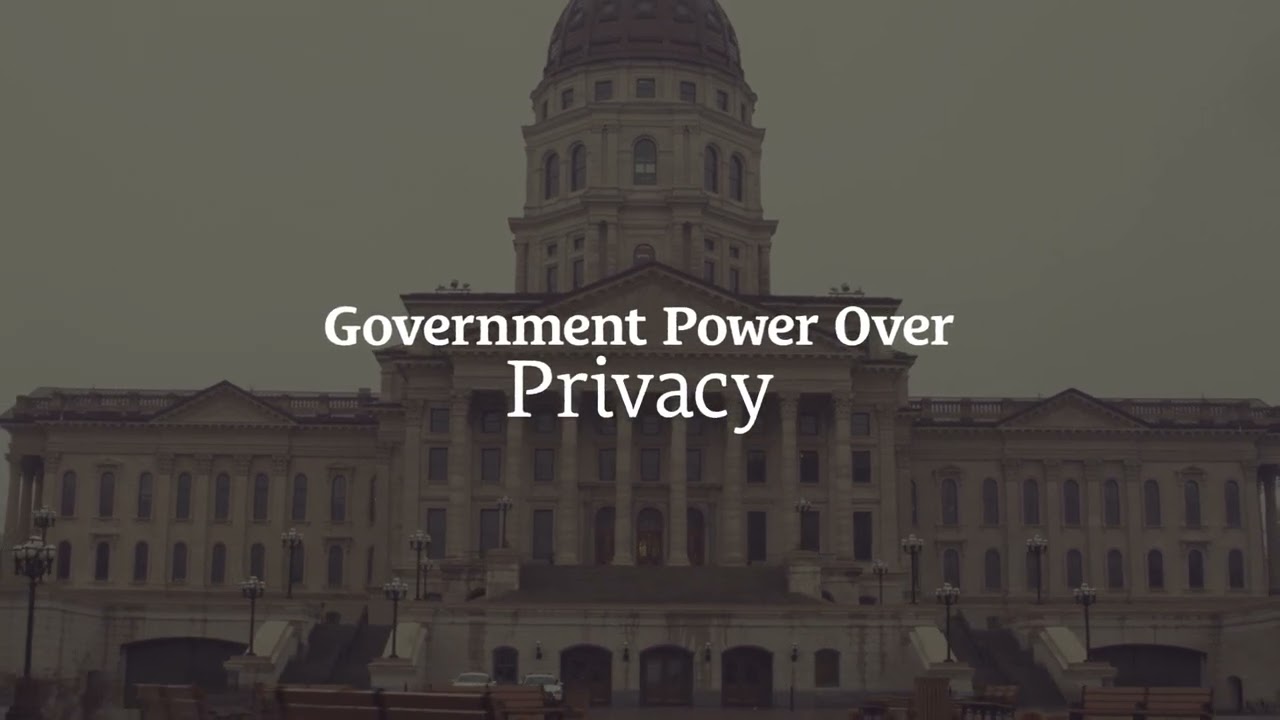 Organizers with Kansans for Constitutional Freedom knew they were fighting an uphill battle. They knew they needed to assemble a broad coalition of supporters from across the political spectrum, and they needed to develop messaging to build that support. Fortunately, they had the resources necessary to poll Kansans they needed to win. After analyzing the results of that thorough polling, Kansans for Constitutional Freedom centered their messaging around the concept that the amendment would be an intrusion of personal freedom through government overreach. Watch the advertisement.

In addition to strategic messaging, organizers also crafted voting universes based on proprietary scoring created by New River Strategies. This scoring allowed them to further tailor messaging to segmented audiences that were pulled from SmartVAN, the most detailed and consistently updated voter information available to campaigns and organizations. While Kansans for Constitutional Freedom was a nonpartisan group, they understood that partisan affiliation may be a good indicator of support for or opposition against the amendment. They also recognized that abortion is a complex topic, and many voters have complicated views on access to reproductive healthcare.

Kansans for Constitutional Freedom set up a permission structure to talk about the nuances of abortion across the political spectrum. By highlighting the lack of exceptions for rape, incest, and the mother’s life in the amendment, the coalition found that many voters have complex views on abortion that include those exceptions (as many Americans do as well). They expertly balanced their messaging to resonate with all voters regardless of party affiliation, while also combatting narratives and misinformation propagated by Value Them Both.

Kansans for Constitutional Freedom channeled supporters’ energy and anger into action by connecting them with opportunities to knock doors, make calls, or send texts to voters using NGP VAN software.

What happened when Roe v. Wade was overturned?

While Kansans for Constitutional Freedom formed before the fall of Roe v. Wade, many of the coalition partners anticipated that it would be overturned. In June 2022, that anticipation became reality. After the Supreme Court overturned Roe v. Wade, the purpose of the organization remained the same: to preserve the right to an abortion in Kansas. However, the decision sparked a newfound energy in Kansas and across the country to protect access to reproductive healthcare. Kansans for Constitutional Freedom channeled supporters’ energy and anger into action by connecting them with opportunities to knock doors, make calls, or send texts to voters using NGP VAN software. Additionally, fundraising and support from across the country skyrocketed.

By having tools that could flex to support the needs of their organization—including supporting out-of-state actions—Kansans for Constitutional Freedom successfully channeled energy into action that increased their voter outreach efforts over the final weeks leading into Election Day. The coalition knocked on over 76,000 doors, made over 930,000 calls, and sent over 150,000 texts to their targeted voter universes to help defeat this amendment. While they continued to scale up their outreach efforts after the fall of Roe v. Wade, polling was conducted to get a better idea of where the votes may land.

Several polls were conducted during the weeks leading up to the election which showed that the votes on the amendment were neck-and-neck. One poll conducted by co/efficient showed that 47% of voters were planning to vote for the amendment, while 43% were planning to vote against it. Internal polling conducted by Kansans for Constitutional Freedom also showed that the vote was going to be extremely close. However, when Election Day came, Kansans for Constitutional Freedom defied the odds to defeat the anti-abortion amendment in the midterm primary election, which has historically low turnout.

The amendment was defeated with 59% of Kansans voting against. Historic turnout of over 900,000 Kansans in the 2022 primary election surpassed that of both the 2018 and 2020 primary elections, which saw 457,598 and 636,032 voters, respectively. In addition to that, over 180,000 more Kansans voted on the constitutional amendment compared to the primary elections for governor and over 190,000 more than the primary elections for the U.S. Senate. A massive portion of those voters were unaffiliated voters, who had nothing on their ballot except for this amendment. What Republicans initially thought was going to keep unaffiliated voters at home spurred them to turn out in record numbers.   Massive turnout amongst these unaffiliated voters (many of whom were likely new voters), support from Republicans who had nuanced views on abortion or government overreach, and widespread support from Democrats led to this monumental victory for reproductive health in Kansas. By establishing clear messaging informed by data, developing targeted voter universes, and conducting multi-channel outreach to meet voters where they were, Kansans for Constitutional Freedom expertly led the charge to defeat this anti-abortion amendment. Their success is a perfect example of what organizing can do, even under seemingly insurmountable odds.

We're proud to partner with campaigns and organizations like Kansans for Constitutional Freedom which are fighting for a better future. With states across the country voting on ballot initiatives regarding reproductive healthcare access, it is crucial that campaigns and organizations have organizing and fundraising software to ensure they can focus their time on reaching voters instead of the exhaustive administrative side of the campaign. Having powered more winning campaigns than any other software in the progressive political space, NGP VAN continues to innovate and invest in our products to allow organizers and fundraisers to do their jobs more efficiently. By continuing to improve our tools, we make it easier for campaigns and organizations across the country to achieve their goals and win their races, whether they’re running for office or organizing to support or oppose ballot initiatives.

Learn about SmartVAN Request a demo 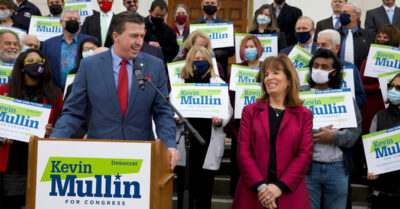 Winning with SmartVAN, one of NGP VAN’s powerful voter file solutions | Kevin Mullin for Congress
Kansans for Constitutional Freedom used SmartVAN, one of our comprehensive voter file solutions,…
Read more
We use cookies on our website to give you the most relevant experience by remembering your preferences and repeat visits. By clicking “Accept”, you consent to the use of ALL the cookies. However you may visit Cookie Settings to provide a controlled consent.
Cookie settingsAccept
Manage consent